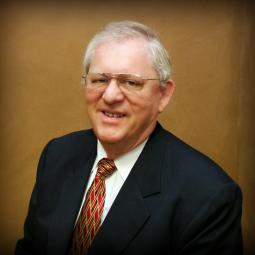 After receiving his law degree, he was a Legal Services lawyer for several years providing legal services to Native Americans on nine Indian Reservations in South Dakota.  In 1973 he was appointed the Chief Prosecutor of South Dakota and quickly earned a reputation as a top trial lawyer.  In 1974 he was elected to serve as the South Dakota Attorney General and held that position until 1978 when he was first elected as the Governor of South Dakota.  He was easily re-elected for his second term as Governor in 1982 with 70.9% of the vote, the highest percentage ever won by a gubernatorial candidate in the state’s history.

Barred by state law term limits to run for governor again in 1986, he joined the law firm of Woods, Fuller, Shultz & Smith in Sioux Falls, South Dakota and continued his private practice with the firm until 1994 when he was handily elected again as the Governor of South Dakota.  He was re-elected in 1998 and is the only person in state’s history to serve sixteen years as governor, making him the longest serving governor in South Dakota history today. Following his second two terms as governor, he was elected as South Dakota’s Congressman for the U.S. House of Representatives and served in that capacity until 2003.

In 2006, he formulated the Janklow Law Firm, Prof. L.L.C where he practiced law with his son, Russ Janklow.

South Dakota's longest serving Governor, former Attorney General, former Congressman and Founder of Janklow Law, Prof. L.L.C passed away on January 12, 2012.  Bill was best described not as Governor, Attorney General or Congressman, but as an advocate for those that needed a voice.  He started his career as a lawyer and it's only fitting that he spent his final years fighting for the rights of those in need.

Mr. Janklow argued and won three cases in the United States Supreme Court, one case in which he was sitting Governor of the State of South Dakota, the only time this has been done in our nation’s history:

Rosebud Sioux Tribe v. Kneip (1977) involved the diminishment of the Rosebud Indian Reservation.  Initially, Justice Powell voted to reverse, but changed his mind following oral argument.  Justice Powell wrote to Chief Justice Burger: “The argument of the Attorney General of South Dakota pretty well persuades me that the history for two-thirds of a century rebuts the presumption.”

Reeves v. Stake (1980) involved the Market Participant Exception to the Dormant Commerce Clause of the United State Constitution.  When Chief Justice Warren Burger asked Mr. Janklow to begin his oral argument, the Chief Justice announced that the clerk had informed him that Mr. Janklow’s appearance and handling of the oral argument was apparently the first time in our nation’s history that a sitting governor had appeared and argued a case for his state.

Mr. Janklow established precedent and principle in many of his lower court cases:

In State v. Plenty Horse, Mr. Janklow argued that the “key man system” of jury selection was biased against Native Americans and in violation of the Equal Protection Clause of the Fourteenth Amendment.  The South Dakota Supreme Court agreed, and the Legislature then passed legislation creating the current method of jury selection in the state.

Outraged at predatory lending practices, Mr. Janklow took a dispute over $371.68 to the South Dakota Supreme Court, which ruled in favor of Mr. Janklow’s client in Smashed Ice v. Lee.

One of Mr. Janklow’s jury victories, Brandriet v. Norwest Bank, has become a leading case on fraud and fiduciary duty.

Mr. Janklow had various legal experiences in both the public and private sectors:

The governors and attorneys general of South Dakota, North Dakota, and Montana hired Mr. Janklow to represent all three states as Special Counsel on Missouri River litigation against the United States of America and the U.S. Army Corps of Engineers.

Mr. Janklow defended 23 individuals in federal and state court for murder or manslaughter, including representation of a murder defendant in US District Court, where he found the actual murderer, obtained a confession, and secured the release of his client, Marie Spotted War Bonnett.

Mr. Janklow debated Indian activist Browning Pipestem before the convention of Chief Justices of the 50 Supreme Courts of the United States.